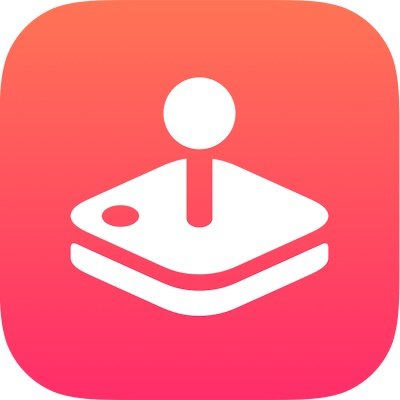 In the six months since Apple’s multi-platform gaming subscription service, Apple Arcade was launched, one of the overriding impressions from the gaming community is one of disappointment and deflation. It is safe to say that, on a cultural level at least, Apple Arcade has not quite made the splash it had hoped to. However, that’s not for lack of trying.

Apple ran a vigorous marketing campaign in the runup to the Arcade’s launch. One sign that the service might not be attracting as many subscribers as was hoped for is Apple’s recent advertising blitz that ran throughout February, featuring multi-million-dollar Superbowl ads and studio-level quality.

It has been estimated that Apple Arcade would need to attract a whopping 12 million subscribers within its first year in order to be considered a financial success for Apple, but there is little indication that anything like those numbers has been reached so far.

Apple’s gaming revenue, which includes revenue from Arcade subscriptions, has actually gone down since Arcade was launched last September, with a month-on-month revenue decline of around 13% being recorded.

Of course, it’s still early days, and it is likely that Arcade will see a bounce in the coming months as the service becomes more widely known. Let’s take a look at the case for and against Apple Arcade, to see if it will become an entertainment juggernaut, or if it will end up in the graveyard of Apple’s past failures, in much the same way that iTunes or Apple News has.

The Case for Apple Arcade

The most compelling argument for Apple Arcade’s future success is, quite simply, the astonishing value for money it offers. For just $4.99 a month (or $49.99 for an annual subscription), users have unlimited access to more than 100 mostly original premium games. The games vary in quality and depth, ranging from full-blown sandbox shooters like Sayonara Wild Hearts to more indie-style minigames like Dear Reader.

However, most of the games have garnered favorable reviews, thanks to the considerable money invested by Apple to attract some of the biggest and most celebrated names in game design to help produce their flagship titles. Looking at who they have brought onto their in-house dev team also tells us more about the kinds of customers they are trying to attract.

So far, they’re hired a number of smaller studios such as UsTwo Games (the team behind the critically-acclaimed Monument Valley), and The Chinese Room (who created the indie sleeper hit Everybody’s Gone to Rapture). In addition, they are also branching out with bigger names, having recently brought in Mistwalker, the studio responsible for the Final Fantasy series.

This strongly suggests that, rather than banking on some kind of mass appeal, which would mean having to compete with the likes of Nintendo Switch, they are aiming their sights towards the kinds experienced gamers who would be more than happy to pay a premium for content that is of a certain quality. The fact that gamers can access this for the price of a cup of coffee is, by any measure, outstanding value for money.

In addition, Apple Arcade’s multiplatform structure, which allows users to switch seamlessly between mobile, tablet, computer, and Apple TV, may well be the feature that guarantees future success. Gamers no longer expect to be constrained by specific consoles or devices, which is exactly why rival services such as the Switch and the upcoming Xbox Scarlett are gaining traction.

The future fluidity of games is also playing out in the online realm. Take the online casino industry, which has long been a pioneer in multiplatform gaming. Many of the largest and most popular online real-money slot game platforms now offer hundreds of titles that can be played on iOS, Android, PC, mobile, and tablet. The runaway growth of online slot gaming in recent years suggests that this kind of versatility is something that gamers actually want.

With Apple getting a jump on many of its competitors in this regard, they may well be able to establish themselves as a market leader in the months and years ahead.

The Case Against Apple Arcade

Of course, it doesn’t look like this has actually translated into commercial success for Apply just yet. One reason might be that, despite the quality of the games, they still look and feel like something between a mobile game and a console game. While they offer something more than anything you would find on the Apple App Store, they fall short of providing anything like a console experience.

Cloud gaming is in its early stages, and it is not yet possible to have a genuine console-level gaming experience on an iPhone, despite Apple’s best marketing efforts to persuade us otherwise. The size, graphics, and mechanics of Arcade’s games simply do not match up to what is now available on console, which might deter future subscribers.

Of course, that’s why Apple has leaned in on compelling storytelling and unique visuals, rather than trying to ramp up the capabilities of their titles. In addition, the market for Apple Arcade is still too limited for the kind of success that it needs to become viable.

It is not available in China, arguably one of the most promising markets for a service like this, and Apple has given no indication that it will be anytime in the near future. All of these factors service to hobble Arcade before it has really left the stable.

It’s still early days for Apple Arcade, so you shouldn’t write it off yet. It is a quality service that is certainly worth the $4.99 a month price tag, but its success depends on Apple being able to convince enough people of this.

Published in iOS and IPhone