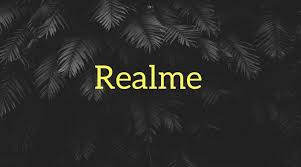 Focusing on making its print on the budget handset market in India, Realme is all set to roll out Realme C3, its entry-level handset. The handset comes as an heir to the previously rolled out Realme C2 and as per various leaks and previous rumors, the handset will be predicted to sport dual-rear cameras and might operate on MediaTek Helio G70 SoC chipset.

The latest entry-level handset comes as an heir to the Realme C2, which was the second handset in the firm’s affordable handset range. Bundled with features such as dual rear cameras, MediaTek Helio G70 processor, and a 5000mAh battery amongst others, Realme C3 takes on the likes of Nokia 2.3 and Redmi 8. Realme is dubbing the device as “Entertainment ka Superstar,” due to its huge display and other functions that improve the media usage on a handset. Madhav Sheth, Realme India CEO, featured in the live launch event to speak about the handset that has traded over 10 million units all over the world.

Being a budget smartphone, the latest handset is here to lure a huge number of users with its cost. The Realme C3 begins with a price tag of at Rs 6,999 for the 32GB/3GB version while its hi-end version with 64GB/4GB has a price label of Rs 7,999. The handset comes in Frozen Blue and Blazing Red colors. It will go on sale beginning 12 noon on February 14 via realme.com and Flipkart. The offline sale of the Realme C3 will start “shortly.”

Possibly the largest alteration over the Realme C2 is the 12nm Helio G70 chipset that marks the first time users will see commanding Arm CPU processors in the Realme C series. This might place the handset on the same footing as the Realme 5. We are sure that users will like the handset.

Published in Android and Tech